We’re challenging you to swim, walk, run, cycle, or wheelchair the length of the proposed Galapagos-Cocos Swimway route – 1125km or 700 miles to raise money towards our vital work.

Started 5 May 2021, by Galapagos Conservation Trust

From: Galapagos Islands, Ecuador
To: Cocos island, Costa Rica
How: 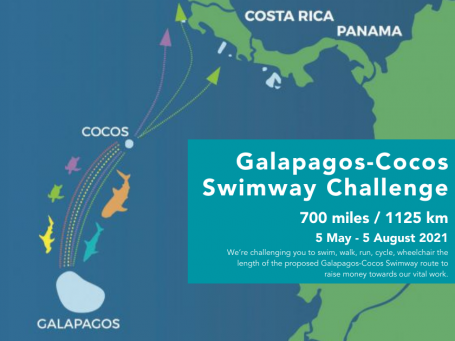 See how everyone has been contributing to the mission.

Select the data that you want to show on the leaderboard

Who and when.
Refresh leaderboard standings

Select up to 3 activity types to show. If none selected then all will show.

We’re challenging you to swim, walk, run, cycle, or wheelchair the length of the proposed Galapagos-Cocos Swimway route – 1125km or 700 miles - to raise money towards our vital work. To join in head to bit.ly/GCTSwimwayChallenge.

The Galapagos-Cocos Swimway is a vital migration highway that follows the Cocos Ridge connecting the Galapagos Islands, Ecuador with Cocos island, Costa Rica. Galapagos Conservation Trust has been supporting the creation of the proposed Galapagos-Cocos Swimway protected area since 2018 by helping our science partners gather important evidence needed to drive forward the creation of this 240,000 km2 route, which is critical for conserving endangered Galapagos marine species.

The event will launch at the start of our 2021 Galapagos-Cocos Swimway expedition on 5 May 2021 where our science partner Dr Alex Hearn, founder of MigraMar and professor at the University of San Francisco in Quito, Ecuador, and an expert team of scientists are gathering evidence to support the protection of this vital Swimway. They will start in Costa Rica, travel down to Cocos Island National Park and down the Swimway to the Galapagos Islands. They will then follow the same route we have set for the challenge back to Cocos Island National Park, before disembarking in Costa Rica.

Why is it important?

Every year, 100 million sharks are killed by humans. Endangered sharks such as scalloped hammerheads and whale sharks are under threat from overfishing, bycatch and ocean pollution. The Galapagos Marine Reserve (GMR) is home to the highest concentration of sharks in the world. It is a crucial location for critically endangered scalloped hammerheads and is one of the only places globally where large numbers still reside. Many of the sharks found in the GMR are migratory, including whale and hammerhead sharks.

Recent studies by GCT’s project partner, MigraMar, have found that at least five endangered marine species – whale sharks, leatherback turtles, green turtles, silky sharks and scalloped hammerhead sharks – travel between Galapagos and Cocos island, Costa Rica, along the Galapagos-Cocos Swimway. It follows the Cocos Ridge, an underwater mountain range that species follow to migrate between the two UNESCO World Heritage sites. “The Galapagos-Cocos Swimway is a vital artery in the network of biodiversity hotspots that we are fortunate enough to share here in the Eastern Pacific,” said Dr Alex Hearn. Once these marine species move outside of the protected waters of the GMR, they are extremely vulnerable to industrial and illegal fishing. As part of Galapagos Conservation Trust’s Endangered Sharks of Galapagos programme, we have been supporting the need to protect the proposed Swimway since 2018. We are helping our science partners gather essential evidence needed to drive forward the creation of this 120,000 km2 protected area.

The wildlife using the Swimway also face threats from plastic pollution, with 8 million tons of plastic entering our ocean each year, and climate change, which is causing ocean temperatures to rise, currents to become disrupted and weather systems to change.

We want to use this challenge to raise awareness of the threats facing marine life in the Eastern Pacific, as well as raise money to help to protect them.

Keep up to date on social media using the hashtag #GCTSwimwayChallenge and via the comments and updates to the right.

send a message of support!

Filter who and what you want to display.
Refresh new entries

Please confirm that you would like to delete this entry from this mission.

The latest entries are being retrieved.
Please wait a moment.. 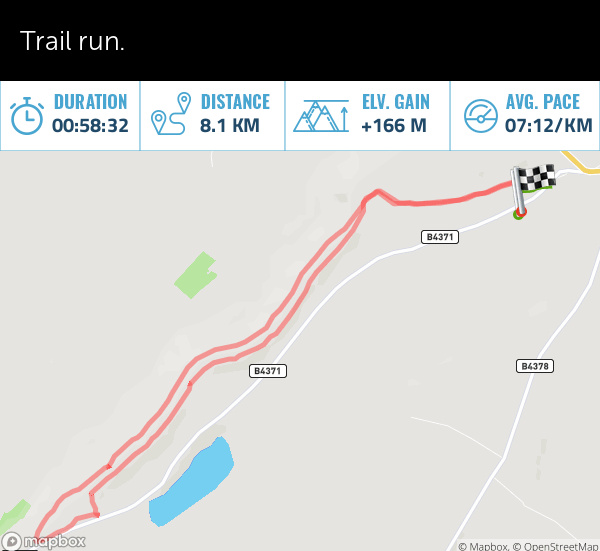 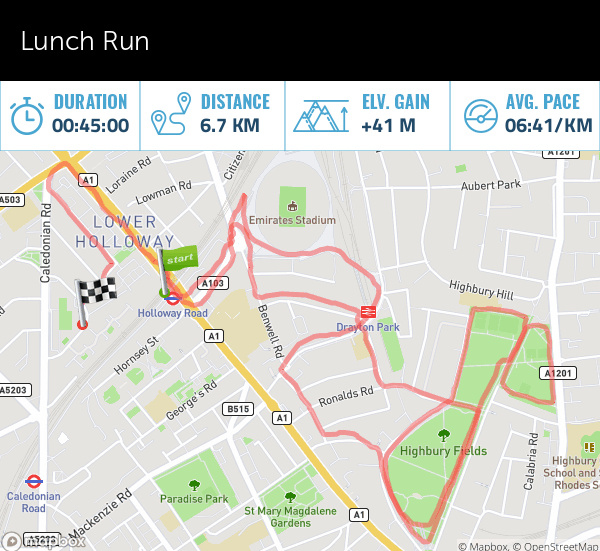 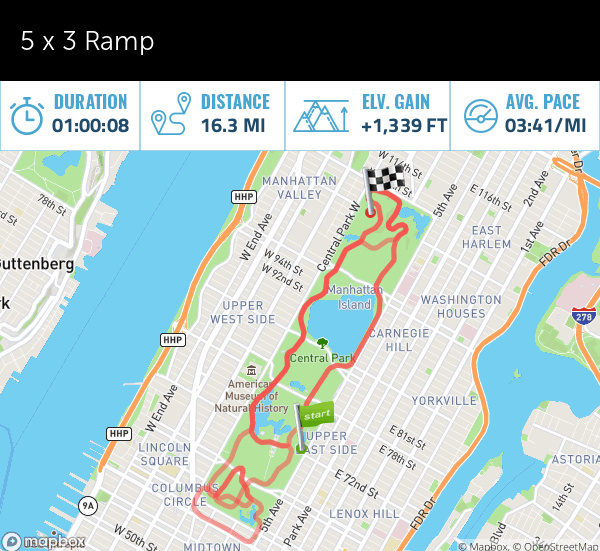 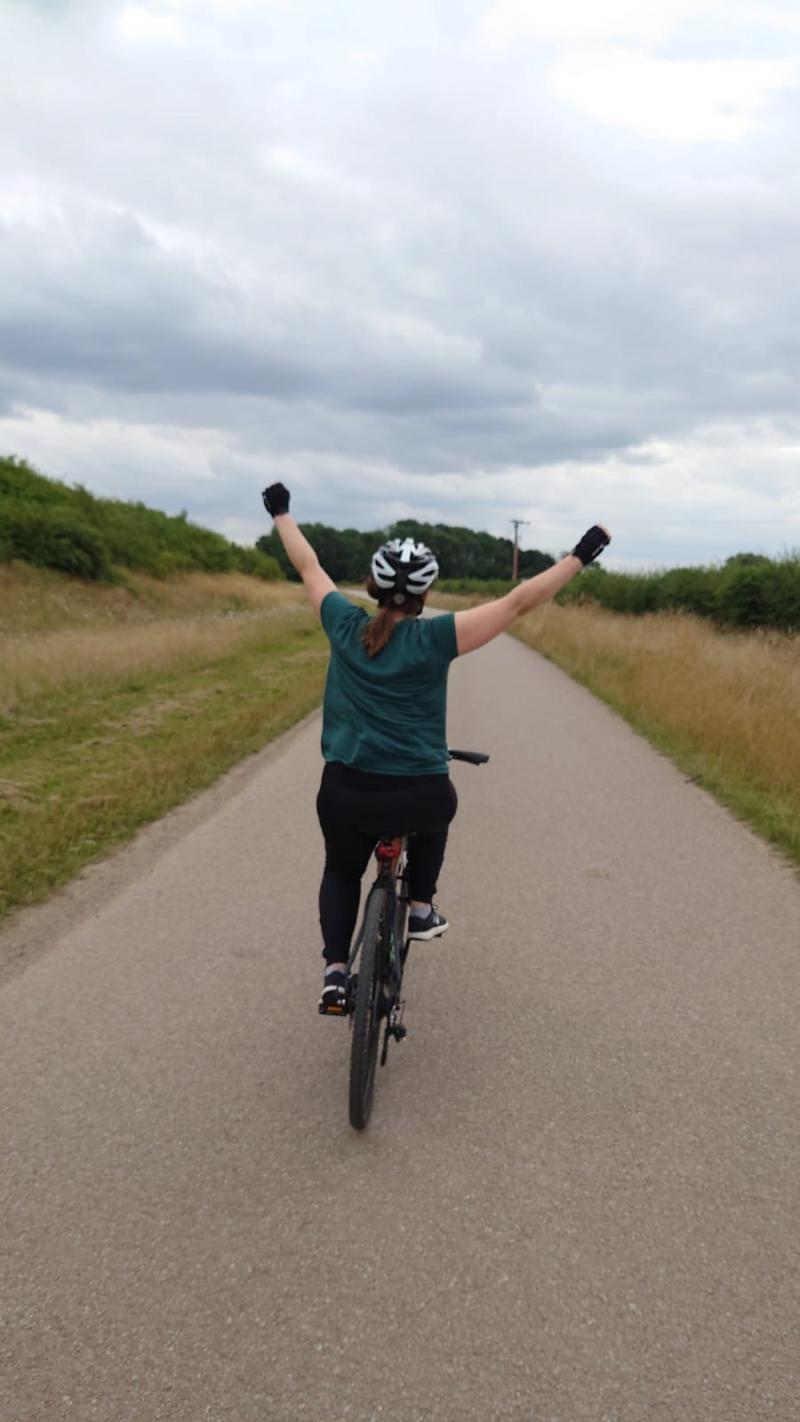 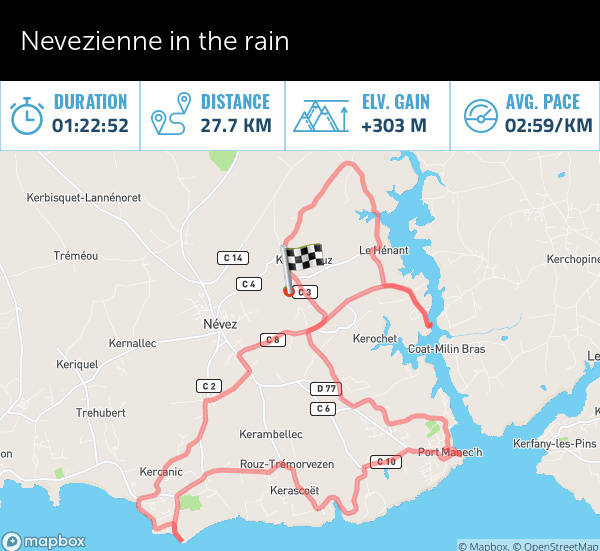 Please take one of the following actions

Ready to continue your journey, ?

Looks like you have completed the full distance of this mission. There are more missions in this series, would you like to move to the next mission?

Note that if you are part of a team, this action
will move your whole team.

Once you confirm your address, we will dispatch your Medal.

Medals are sent via USPS in the US and by FedEx for the rest of the world. Please ensure you are able to accept these types of deliveries.

The address you enter below will be exactly how it appears on the postage label.

Thanks for confirming your
address,


Your medal will be sent to you in the next few business days. Depending on your location it can take 1-4 weeks to arrive. Start your next challenge at www.theconqueror.events


We’re challenging you to swim, walk, run, cycle, or wheelchair the length of the proposed Galapagos-Cocos Swimway route – 1125km or 700 miles to raise money towards our vital work.


If you have been invited to join the mission
then click the join button below.

ARE YOU SURE YOU WANT TO
WITHDRAW FROM THIS MISSION?

Your exercise sessions and contributions will be removed and you will no longer receive any notifications or be a part of the mission!

If you want to re-join the mission, you can do so by requesting to join again. However your previous sessions/logs will no longer be there.

Are you sure you want to complete your mission?

Are you sure you want to delete your mission? Warning! Once you have deleted your mission, you can not get it back!

Are you sure you want to launch your mission? If you start the mission now the timer will start going down on your mission and you can start posting distances. If you're not yet ready to start your mission you can do this later.

ARE YOU SURE YOU WANT TO
DELETE YOUR ACCOUNT?

Are you sure you want to disable your account? Your active mission will be closed but still viewable by other users.